Focus on Labor: The Threat of Rising Labor Costs (2/3)

It was April, 2014, and Peter Cella, CEO of Chevron Phillips Chemical Co., faced the impossible challenge of announcing a $1B cost overrun on the company’s latest plastics plant.

Confronted with the embarrassment of a 20% misestimate and the threat of shareholder mistrust, he knew he had to recognize the driving force behind the project’s ballooning costs.

Nodding to the pressures that have been causing chaos throughout the Oil & Gas industry, he explained that the overrun was driven by labor costs.

In this second installment of our Labor Deep Dive, we’ll explore the hard data behind Cella’s statements and dive deeper into how labor costs affect the midstream industry in particular.

Read to the end, and you'll receive our free guide to responding to the labor shortage. 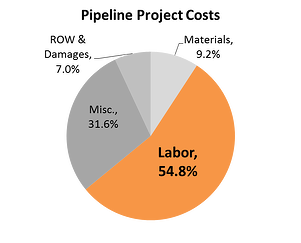 Though labor is the largest cost input to any midstream project, it is also one of the most frequently overlooked. Actual project data filed with the FERC indicates that in the past year, labor has comprised a full 55% of all pipeline project costs.

With the midstream industry on the cusp of the largest skilled labor shortage in years, the risk of labor wage spikes exposes total project costs to significant risk of overruns.

Despite the fact that more than half of midstream project costs are labor-based, midstream companies have historically focused their strategic sourcing efforts on materials at the expense of labor contracts.

That’s partly due to the relative difficulty of predicting supply and demand fluctuations in the labor market (versus, for example, metals markets). It’s also partly due to the ability to more accurately assess the direct cost inputs and intangible costs of materials than of labor. But it’s also due to an ongoing bias that favors the negotiation of materials contracts as the foundation of strategic sourcing strategies. 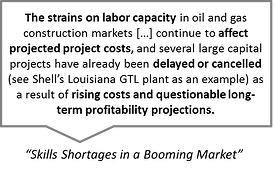 The combined result is that rising labor costs are putting severe pressure on the largest segment of midstream project costs. At the same time, midstream companies have little-to-no visibility into those costs and are consistently blindsided by labor overruns. Without knowing where the labor market will be going in the coming years, many midstream companies end up fumbling in the dark, unaware of the risk that lies within their supply market. 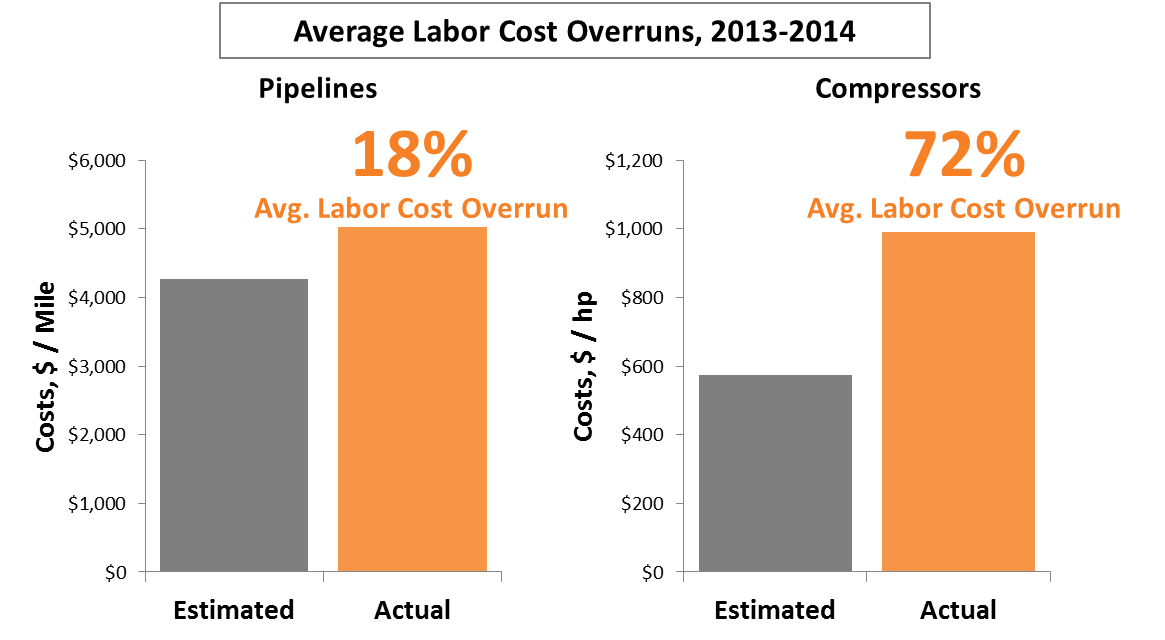 In Part 3 of our Labor Deep Dive series, we’ll arm you with three different sets of tools to proactively respond to the rapidly changing labor market and avoid the possibility of cost overruns:

Learn how to respond to the midstream labor shortage