The UK Votes to Leave the EU: Market Reactions to “Brexit” and Implications for Global Trade and Price Trends

In a referendum on June 23, a majority of voters in the United Kingdom decided to leave the European Union, one of North America’s largest trading partners. While the “Brexit” vote is theoretically non-binding and does not immediately put the UK outside of the EU, it creates substantial uncertainty for UK businesses and all those engaged in commerce with the country. The result immediately jolted global markets and raises the prospect of other EU members holding similar votes following the successful “Leave” campaign in the UK.

In today's post, we cover the significance of this event as well as the challenges it raises for energy Supply Chain organizations.

What Happened the Day After

Financial markets went into the close of voting day with a high level of complacency towards a potential “Leave” victory. But when the results became clear, extreme volatility began to take hold. In fact, Asian, European, and U.S. markets tumbled on the “day after.”

The most significant immediate impact for those doing business with the UK is the steep decline in the value of the British pound. While the GBP-USD exchange rate stood at 1.50 before the vote, it is 1.32 as of the writing of this update, down 12%. This is the biggest decline in decades and has an impact on any non-pound payments that are currently being made for GBP-denominated purchases. It is possible that the pound will decline into the 1.20 range against the U.S. dollar as markets try to find the currency’s fair value amidst the current uncertainty. Spot purchases from the UK can therefore lead to savings in the coming weeks and months.

What Didn’t Happen the Day After

The UK did not find itself outside of the EU on Friday, June 24. In fact, no regulatory or legal changes can take place until Parliament takes action. According to EU rules, the country has a two year period to do this (formally known as the invocation of Article 50 of the Lisbon treaty). There will likely be no true “Brexit” until this happens.

While some in Brussels are pushing for a speedy UK exit, the entire process may take up to a decade due to the myriad of complex regulations that the UK is bound by as an EU member. These regulations cover everything from access to the European single market, to labor and manufacturing standards, patent registration, financial transactions, free movement of people and goods, safety standards, and rules on trade with non-EU countries.

Over time, the UK may follow the model adopted by non-EU countries such as Norway or Switzerland, which are outside of the union but have agreed to abide by many of its core principles. Alternatively, the UK would have to enter into a range of bilateral agreements with EU countries, undoubtedly a more complex process. The first option is believed to be problematic, however, given that a large part of the Leave campaign was run against EU policies that Norway and Switzerland have agreed to follow.

In addition, many companies with operations based in the UK will begin considering relocating their headquarters to other EU member countries in order to retain the benefits of the EU regulatory and legal framework. 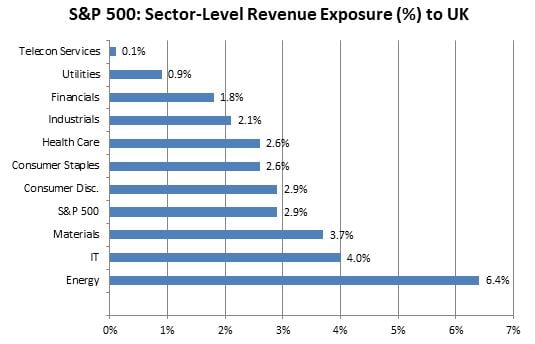 Geopolitically, a Brexit will likely lead to a greater influence in the EU from Russia, which would see a large military power and staunch U.S. ally leave the union in a more vulnerable position. Conflicts such as the war in Ukraine would likely receive even less attention from Brussels than they have been getting thus far, and energy independence from Russia would also become more difficult to attain.

All of the above is, of course, contingent on the referendum result actually being respected. Brussels does not have a perfect track record of accepting referendum results that go against its preferences. Adding to the possibility of pushback from Brussels, the UK now finds itself in a constitutional crisis due to the desire of Scotland and Northern Ireland to remain in the EU. It is therefore very possible that both Scotland and N. Ireland will decide to leave the UK before the UK formally leaves the EU. This only adds to the potential complications that businesses with a UK presence will face in the coming years.

Similar Events on the Horizon

Brexit did not have to shock the markets as much as it did. The increased volatility that the event has created highlights the importance of tracking market trends against a comprehensive “events calendar.” Geopolitical events have demonstrated time and again that they can jolt markets and even cause inflection points that drive economies into severe downturns. It is therefore important, in our opinion, to look forward to the following related possible events and developments:

Beyond the immediate advantages linked to the weaker British pound, many actionable items relate to more general planning and adoption of best practices within energy supply chain organizations. They include:

For more on PowerAdvocate's approach to market analysis and our perspective on international supply chain cost trends, click here.